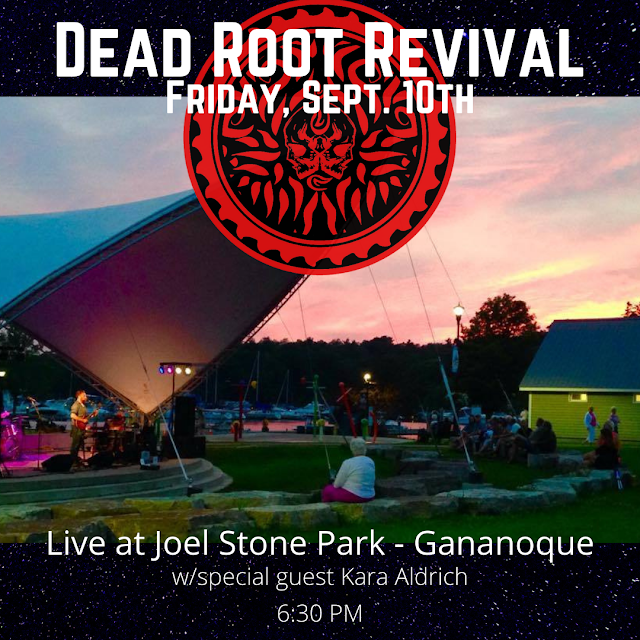 Posted by tomsavagemusic at 12:44 PM No comments:

I hope you are enjoying the summer, and taking advantage of the loosening of COVID restrictions, by taking in some live music and supporting your local restaurants and businesses. It has been a long haul this past 16 months! Shows are starting to happen, and while it is going to be some time before the schedule is full again, there is hope on the horizon.

Here are some events coming up in the Kingston area:
July 24th - Tom Savage and Kevin Davidson at Spearhead Brewing (2-5 PM)
August 1st - Savage Family Band at the Hotel on Wolfe Island (1-4 PM)
August 7th - Tom Savage's Surprise Mystery Band! at the RCHA(7-10 PM)
August 15th - Savage Family Band at The Mansion(3-5 PM)
August 21st - AnnFest
A celebration of life for my Mom, Ann Savage, who passed back in May. COVID wouldn't allow us to honour her wishes at the time, so we had to wait. Friends of Ann, Johnny, and family are invited to The Cove for an afternoon filled with music, laughter, and no doubt some tears. On stage with myself will be Bonz Bowering, Kevin Bowers, Mike Corrigan, Kevin Davidson, Richard Piche, Tony Silvestri, plus Benji Savage, and other musical guests. Geoff Chown will be providing the sound. There will be a cash bar and some complimentary eats. 2 PM.
August 25th - Z.A.M.F.I.R
August 28th - Hosting the Z.A.M.F.I.R afternoon jam(3 PM)
September 10th - Dead Root Revival Returns! Joel Stone Park in Gananoque, featuring Tony Silvestri on keyboards
September 17th - Hosting the Spearhead Open Mic (7-10 PM)
September 18th - Savage Family Band in Market Square (6:30-8:00PM)
September 26th - Savage Family Band at the Mansion ( 3-5 PM)
Looking forward to playing music and seeing friends! : )
FROM THE ARCHIVES: TOM SAVAGE TRIO - OVERDRIVE EXPRESS (DELUXE)
Available TODAY! I'm reaching into the archives to bring you some previously unreleased music! This reissue of 2012's Overdrive Express includes five bonus tracks, recorded during the sessions, but never released. Fans will recognize songs Still Hung Up On You, and Northern Ontario Highway[from my 2009 release, Live at the Acoustic Grill],The Slow Decline [which appears as the closing track on History of a Common Man (2014)], and TST's barn burning rendition of the Townes Van Vandt classic, Waitin' Around To Die, which was a fan favourite at live shows.
The digital album costs $10, and you'll receive the 5 bonus tracks with your download. Song Supporters: As always, this album (with bonus tracks) will automatically be added to your collections.
tomsavage.bandcamp.com
Recorded live off the floor at The Mansion, in Kingston, Ontario, this album truly showcases the Alt Country, Cowpunk, Rockabilly, and Blues stew that the band conjured up in their years of touring back and forth across Canada. It was fun to go back and listen to these tunes. You can hear the seeds of Dead Root Revival being planted.
Let's head down the sonic highway for another hit of good ol' fashioned Dirt Road Rock and Roll!
1. The Wheel Still Turns2. Train Keeps A Rollin'3. 49 More To Go4. Amarillo5. Lunatic Baby6. Down in the Flood7. We're Older NowBONUS TRACKS***8. Still Hung Up On You9. I Just Wanna Go To Bed10. Northern Ontario Highway11. The Slow Decline12. Waitin' Around To Die 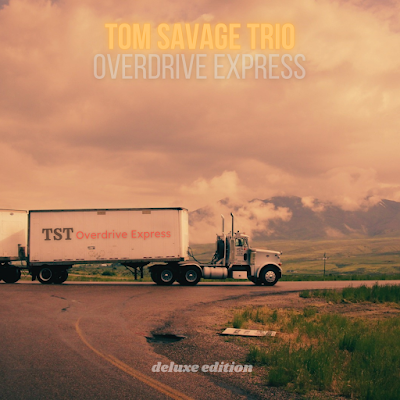 Bonz Bowering - DrumsGeoff Chown - BassTom Savage - Guitar, Vocalswith guests:Tony Silvestri - Keys on "Amarillo"Kevin Davidson - Backing Vocals on "Train Keeps A Rollin"All song written by Tom Savage, except "Down in the Flood", by Bob Dylan, and Waitin' Around To Die, by Townes Van ZandtRecorded, Mixed, and Mastered by Geoff Chown

NEW MUSIC IN THE WORKS
I want to send out a big thank you to all the Savage Song Supporters who have been there for me during this pandemic by subscribing to my Bandcamp, and to all fans who have purchased albums over the past 16 months as well. I have been staying creative during this time, working away in my home studio, and my new album is nearing completion. I am really looking forward to you all hearing this record because it is your subscriptions(and album purchases) that have funded this project.
I am also incredibly grateful to have received a resiliency grant from the City of Kingston Arts Fund to help put this project over the finish line.
Still some finishing touches, but I hope to reach completion this Fall. Stay tuned!!
SAVAGE FAMILY BAND - GOTTA SLOW DOWN
Music is my religion. Over the past 16 months, COVID has really turned the world upside down. Musicians have been unable to work. It has been a weird holding pattern. The uncertainty can lead to incredible anxiety, so it is important to try to live in the moment as much as we can, and not get too caught up in the things we can't control.
"Gotta Slow Down" has become my mantra. Breathe deep and enjoy the sunshine! 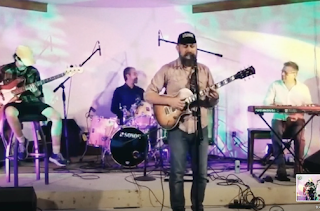 This performance is from our set for the Homegrown Live Music Festival, which raises funds for Joe's MILL ( a music instrument lending library in Kingston).
We had the pleasure of having Chris Brown sit in with us for our set at the hotel on Wolfe Island. Amazing!
Check it out!  https://youtu.be/UqslbRzYF9Y
Enjoy the sunshine everyone,
Tom
Posted by tomsavagemusic at 11:58 AM No comments: